Through Her Eyes #2 : An alternative way to usher girls into womanhood – without FGM 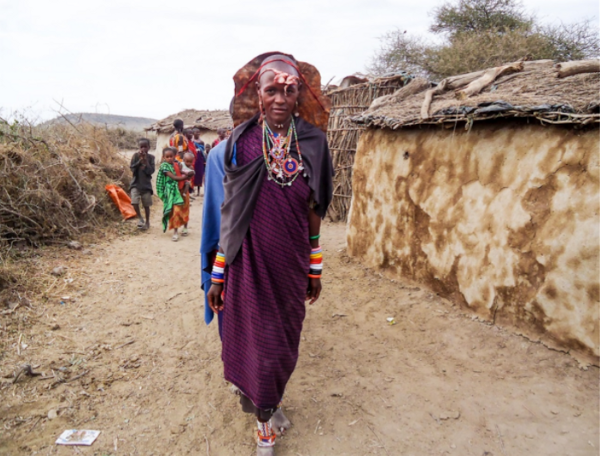 #ThroughHerEyes is a new monthly column dedicated to sharing the stories and perspectives of under-represented women. Each month, a story by a Lensational storyteller is published on the website of Azickia, a young and innovative foundation who are proud to support this series.

Female genital mutilation (FGM) has persisted as one of the major challenges facing girls and young women in native communities in Kenya, and especially in nomadic pastoralist communities. This is despite the government’s efforts to put an end to the practice, including a law implemented in 2011 banning and penalising it.

In the past decade, many communities and NGOs have risen up as a result, to fight against these harmful practices affecting the girl child. The bigger question still lurking, however, is why community buy-in still seems to be a challenge.

Could it be a case of communities not feeling that they own the solutions?

In the small village of Esiteti, just south of the Amboseli National Park in Kenya, Kiraiyan Katamboi is one of the rare voices rising up against female genital mutilation. She is one of the leaders in this village. As one who formerly practiced and advocated for the custom, she understands the detailed intricacies that have long woven the Maasai culture she is a native of. They have made it tough to overcome the tradition.

Understanding that everyone, especially her community, has a role in adopting an alternative to FGM, Kiraiyan approaches the matter with her heart on sleeve. She is doing this by ensuring that the culture of celebrating milestones, such as the entry into womanhood, is not eroded, but simply done in a safe context.

This is Kiraiyan’s story of how she is leading in adopting a new rite of passage.

Today Penina is 24, she will be ushered into womanhood, in a ceremony lasting two days, comprised of several tests of responsibility and celebration. Until recently, this ceremony would have been different involving a cut and lasting for up to a week if not longer as the young lady was given time to recover.

Today is a very special day marked with all sorts of significant customs. These men who have to be in blue attire slaughter a goat to celebrate the day.

The meat is divided into equal portions with specific parts being shared to the young women, elderly women, the warriors and the elderly men respectively.

An older woman takes a portion of the meat to the young warriors who are not supposed to eat in the presence of their mothers.

In the meantime, a group of young women in the same age group as Penina are tasked with the responsibility of delivering this stump. It should be from an olive tree, firm and straight.

The olive stump is posted on the side of Penina’s house, where women will come to dance later while passing their gifts through small holes made on the muddy wall of her house.

Penina starts her day with a haircut, significant of her leaving her childish ways.

She is then adorned in a piece of skin on her head, from the goat that was slaughtered, red ochre on head and small pieces of meat between her toes. All these significant of the age she is about to bid goodbye to.

She chooses a friend with whom she will walk around the compound with, customary of the rite of passage, who then becomes her confidant moving forward. Her friend walking with her signifies the support she will offer moving forward.

Penina’s greatest task is to walk without dropping the small pieces of meat between her feet. This is significant of being responsible. If she makes it back to the house without dropping the pieces, it is considered a pass to the test of responsibility and one of the qualities that usher her into womanhood.

The second test of womanhood for Penina is to get past a woman who stands in her doorway.

Women, beginning with her mother, gather around her house to dance and celebrate her for a successful rite of passage. They dance holding onto the olive stump that was put up earlier by the younger women, while passing gifts through small incisions made on her mud hut.

Penina retires to her house as friends and other women continue dancing outside her house till dusk.

This work is licensed under a Creative Commons Attribution-NonCommercial-NoDerivs 3.0 France License. The story was originally published at https://stories.azickia.org on June 25, 2020.